Charli D'Amelio And Family On The Reality Of Fast TikTok Fame

Dubbed “the first family of TikTok” as their collective social media profiles reach record-busting heights, the D ’Amelio clan has their feet somewhat surprisingly planted on the ground. The enigmatic secret to their explosive success just might be what helps them survive the perils of sudden fame. 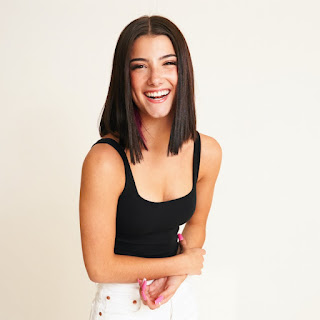 "I genuinely think I said that to my parents so I didn’t have to clean my room,” deadpans Charli D’Amelio when I ask about her oft-quoted theory that her TikToks perform best when her room is messy. This typical teen snapshot captures the very essence and “lightning in a bottle” appeal of the entire D’Amelio clan. They are so remarkably relatable.

At a mere 17 years old, Charli currently clocks in around 112.6 million followers on TikTok—making her the most followed content creator on the short-form video app worldwide. Her older sister, Dixie, has 50.9 million followers. Add in parents Heidi and Marc (and their family handle of @dameliofamilyofficial), and the family teeters somewhere around 200 million followers collectively. To wrap your brain around those numbers, that means about two-thirds of America is following what a family from Norwalk, Conn., is doing. 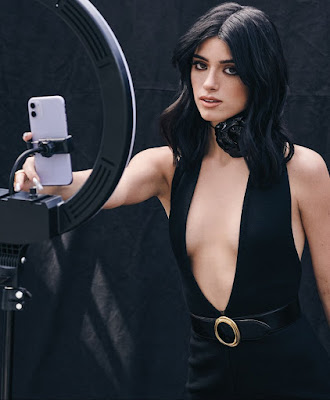 “I wasn’t sure if they were just trying to get out of cleaning their room,” says mom Heidi, laughing, “but fast-forward—it is a thing. And I love that. Especially during quarantine, everybody just got to be themselves. People everywhere around the world were going through the same thing and everybody just got to be,” she says. “I think that felt good for a lot of people to feel like nobody’s dressing up and getting glammed up for their day or the weekend. And everyone kind of got it.”

Heidi and Marc didn’t realize at first the impact the platform would have on their lives. “Even though [Charli] had a lot of followers, it was still just fun and kind of crazy that she was gaining so many followers so quickly... but it was still something fun that she was doing,” shares Heidi. “But, when people started reaching out a lot to book her for different jobs, I think that’s when we were like, OK, this is definitely turning into something.”

Their parenting pivot was to take a decidedly chill approach. “The girls have people coming at them from all different directions, and a lot is positive, but a lot is negative— so we try to keep the house a positive environment,” explains Marc. “So we still parent—but I do think we try to make sure that we’re not adding an extra layer of unneeded pressure on the kids. Not that we look the other way on things, but I like that, especially with what’s going on now. … Back in the day, I might’ve nagged about the rooms and things like that. I’m a little bit more lenient now.”

Despite being the youngest of the clan, Charli led the charge in understanding the appeal of TikTok. “For a very long time the people who were in the media were these unattainable people you could never live up to as just a normal person,” Charli says. “I feel like that’s what’s so awesome about TikTok—these normal people and these attainable spots… it’s like the people that everyone gets to see.” If you picture some team plotting Charli’s next viral post, you are dead wrong. “It’s honestly just whatever I feel like doing at that time,” she says, admitting there is no secret formula or magical cracking of an algorithm.

Dixie was slower to engage, but now is enjoying the exponential success like her sibling. “Doing anything as a teenager you were always worried about judgment, and I feel like I didn’t want Charli to be judged,” says Dixie of why she was at first not sure about her little sister publicly posting on the platform. “It’s kind of funny because of the position we are in now, but I was just worried about how she would take it—but she just didn’t care and kept doing what she loved and didn’t stop. I was a little skeptical at first, but it ended up being fun for all of us.” Now, Dixie clearly gets the appeal.

“People just love it because it’s so relatable and no one’s trying to be a model or anything—there is a space for everyone,” says Dixie. “There’s a space where people show art or talk about mental health or do music; there’s literally a group of people for everyone and everyone comes together.”

The success has been sweet, indeed, but were they prepared for all the hate? “Absolutely not,” says Charli. “There is no way to prepare yourself for how certain words that people say will affect you. You can obviously grow thicker skin—but at the end of the day, it hurts. There’s nothing you can really do about that besides just try to better yourself and be the most confident in yourself you can be. … But it breaks my heart that I don’t have an answer because I wish I knew how to make everyone feel better—but it’s just really not that easy.” The family has advocated against cyberbullying and often rallies in support of each other. “Every day is different for us because some days we can get a comment and just laugh it off—and other days it’s the same exact comment and it’s the worst thing in the world,” says Dixie.

“I always say the haters need more love than anyone,” Dixie adds. “They hate because they are probably sad or alone—and I honestly just feel for them. I just want everyone to be happy. I think those are the people you need to respect the most and just be like, ‘I’m sorry you’re going through this and I hope one day you can have full love in your heart and share that with other people.’ Obviously some days it’s upsetting, but I’m not going to go after someone in a vicious way if they’re going to go after me. I’d rather just have fun and joke around with someone even if they hate me.”

This summer, myriad projects range from a clothing collection from the girls called Social Tourist with Hollister, Dixie’s two new songs, podcasts from both the parents and the girls, and a new family docuseries with Hulu. As for Charli?

She mostly wants to focus on just being a teen. “Definitely,” she says when asked if she regrets how her success has made her grow up fast. “I think that’s just how it is when you’re thrown into this and everyone’s saying you have to be a role model, you have to be this person. You’re like, ‘Oh, well, I still kind of need one of those myself.’ I feel like when I am 20 years old maybe I will be a great role model, but right now I’m learning with everyone else.”

As to where the girls see themselves in 10 years? “Each day is like a lesson and we’re constantly learning and having these opportunities,” says Dixie. “We’re going to take what comes at us. Music is a thing that I’ve always loved but never thought would become a career. Now that I have this opportunity, I’m going to take it and run with it because I’m just very grateful.” But mostly, they see themselves together as a family and as sisters. “We’ve been there for each other before social media and we’re going to be there for each other aft er social media, and that’s all that matters,” says Charli. “We trust each other more than anyone else and we know exactly what the other is going through, which is super helpful,” says Dixie.

“I have no idea where I’d like to take what I’ve been given because if you had asked me two years ago, what I would have said would be extremely different—and I feel like that’s the beauty in the internet,” Charli says. “My entire life turned into something very different, so what I am doing in five years could be something completely different from what I’m doing right now. It may not even have to do with social media—but I think that’s the most exciting part.”